Queen, David Bowie, Phil Collins, Deep Purple and other prominent musicians have performed here during the 53-year history of this legendary Swiss festival. It is an immense honor for us to be a part of it now. We are happy and proud to have participated in this event along with this year's guests incl. Elton John, Sting, Slash, Tom Jones, Janet Jackson, ZZ Top and Quincy Jones.

This year, on July 6th, a new concert stage moving across the whole Geneva lake, known as the „Rock Boat“, was unveiled – and there, in the middle of the lake under the Alps, we played the premiere show as the main band on its deck. We became the first ever Czech band and the first ever tribute band to perform at this festival. It was a marvelous experience, which became even more special when the first tones of the Bohemian Rhapsody resounded in front of the statue of Mercury, as if the captain had read our playlist. A very intense and unforgettable moment. And for the song Under Pressure we had a special guest, amazing Milan Šatník!

Montreux is an awesome place, which many bands and artists (including Queen) visited to live, create and record. We had already performed here twice before, participating in Freddie Mercury memorials in 2008 and in 2017. This year, however, it was our first time here at an event not directly related to Queen.

We would like to thank everyone and especially our wonderful audience. We are happy! 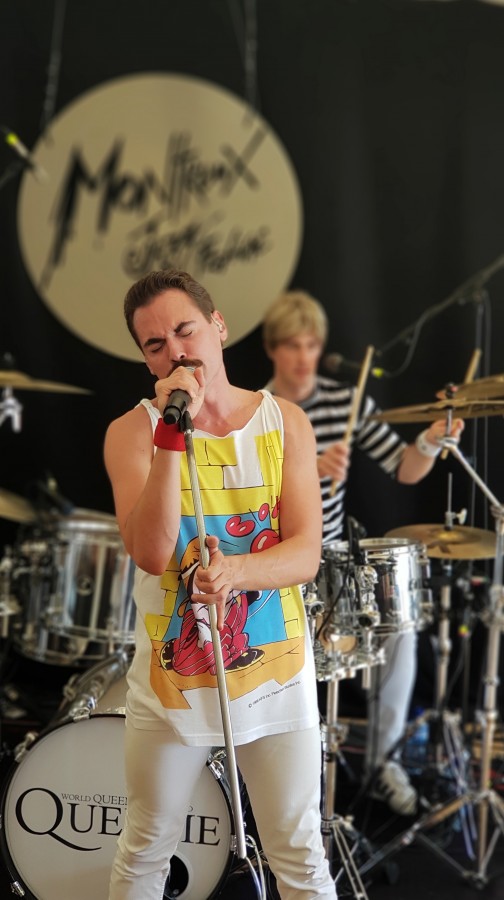