Although the band Queenie has already discontinued Prague musical Freddie (we wrote more on the topic here), the exceptionality of the show produced by Karel Janák is now further acknowledged by the nomination of our frontman Michael Kluch for Thálie Award (Czech alternative to the Tony Award) by the Acting Association for his extraordinary performance in the role of Freddie Mercury.

“It is a very nice conclusion to our work on Freddie. The musical could not have been made without us, and although in the extended Thálie nomination they nominated me specifically, this means recognition of our whole band for the work we did on the musical. I am proud of us,” comments Michael with excitement in his face.

Congratulations to Michael and the band on behalf of the whole editorial board. 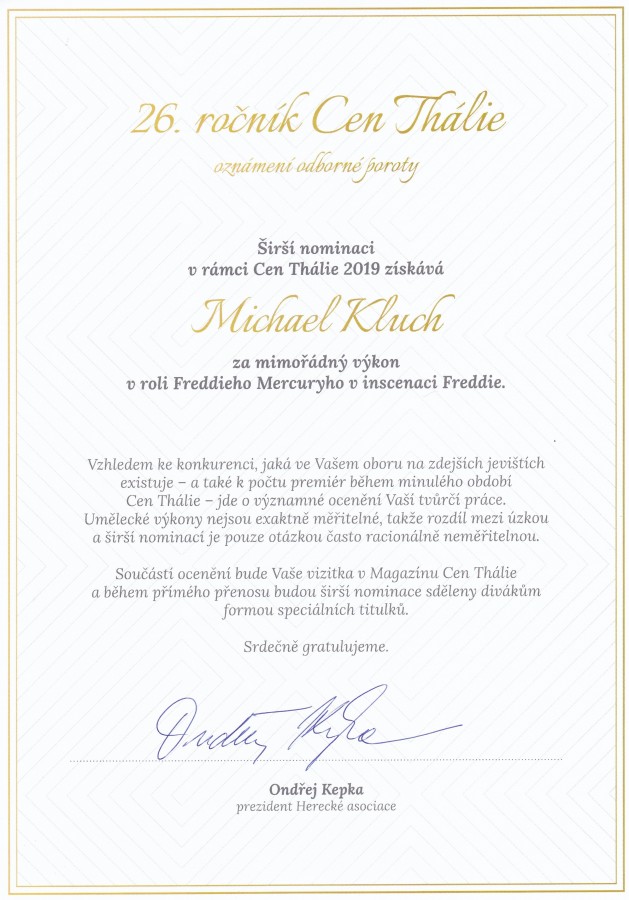