During the „floating“ press conference on the Vltava river aboard the Bohemia Rhapsody boat provided by Prague Boats, the band QUEENIE announced, among other things, the amazing news: as the first Czech band ever, they have received a prestigious offer to make a World Tour in large concert halls in 2022.

The show Queen Relived by Queenie had been prepared for a world tour since the beginning. Already during the creation stage, the production & organization team offered this show to the world's largest promoters and invited them to the concert at O2 Arena.

"We are already in touch with some seriously interested parties who would like to see the show first, but a promoter from South Korea decided not to wait and proposed the purchase of 12 to 16 performances in 2022, with continuation of the series of concerts in the coming years. After several months of negotiations, last week we signed a contract with this promoter!

Currently, we know that the concerts will take place in large halls in South Korea with regional overlap and will have the format of major international stars‘ shows. Thus they will be consistent with the concept which we will present at the premiere at O2 Arena in Prague. The dates and exact locations will be confirmed later. Due to the impact of the coronavirus crisis, the promoter in South Korea does not yet know whether it will be possible to start the tour already in spring or in autumn 2022. Meanwhile, negotiations with interested prominent promoters from Europe and other regions are underway too,“ shared the executive producer of the project Martin Zoubek.

"We are very much looking forward to enjoying the show at O2 Arena with our fans, as despite being constantly involved in all the preparations, even we still can't fully imagine what the audience will experience there in September and December. It will be a unique show with an incredible stage, a huge screen and the light, audiovisual and pyrotechnic effects of the Hollywood format,“ says the frontman of the band QUEENIE Michael Kluch happily.

The first two concerts (rescheduled for September) were sold out within a quarter of a year and, as stated by O2 Arena, QUEENIE is the first Czech performer to sell them out to the very last available ticket.

The scene itself amazes even with the numbers alone. The dimensions of the stage are: 21 meters in height, 55 meters in length and 33 meters at its widest point. The equipment and pre-made parts of the stage and decorations will be transported by 28 trucks. During the first time, it will take over 40 hours to build the platform, but at the following concerts everything should be put together in less than a day. The author of the whole construction is the show designer Martin Hruška, who is one of the twenty most sought-after show designers in the world. The light effects of the entire spectacular show are responsibility of the light designer Lukáš Patzenhauer, who is already now with Queenie on their summer tour.

The author of the band's costumes for this project is the famous costume designer Roman Šolc.

More than twenty people and about ten different suppliers with hundreds of employees work together to prepare and create the show. The installation and uninstallation of the stage alone and work during the concerts will involve more than 300 other people of various professions.

For more illustrations expand the article. 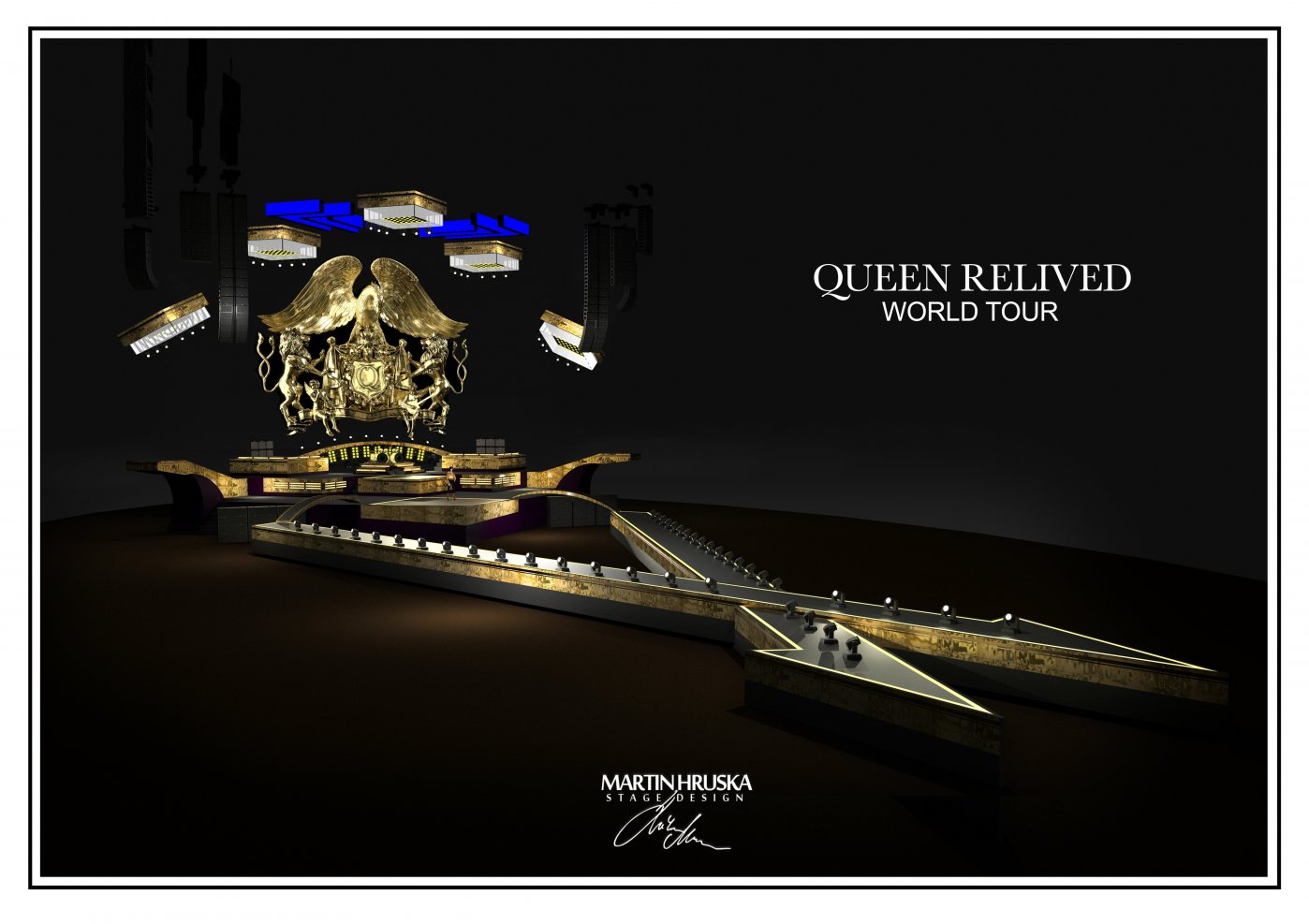 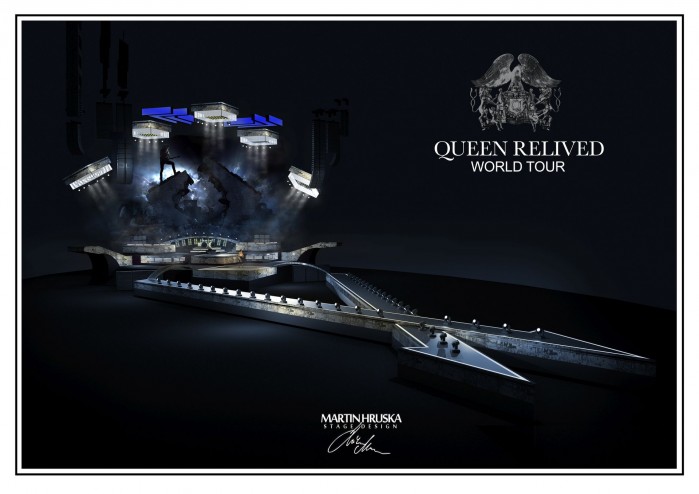 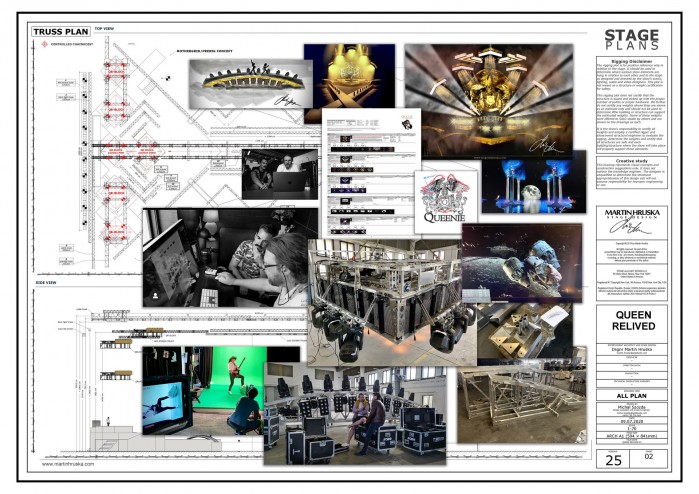 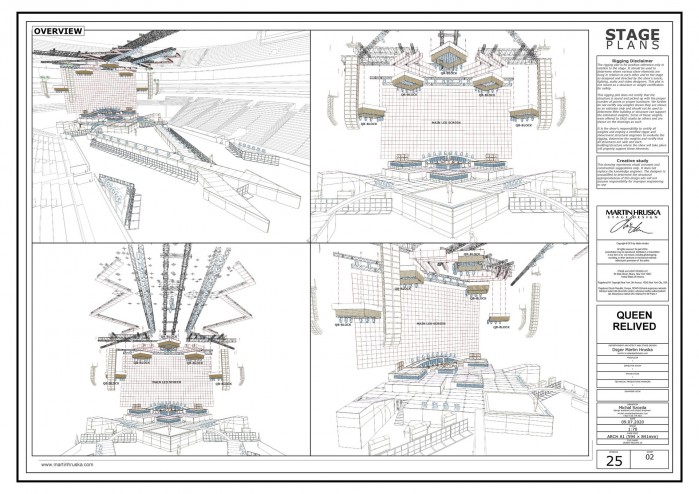 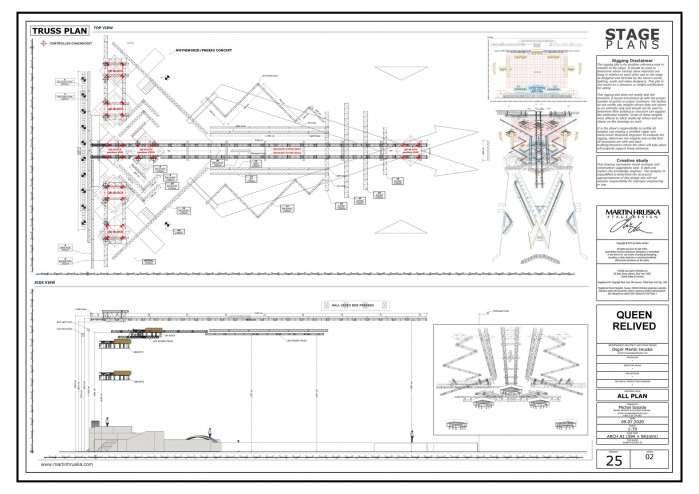 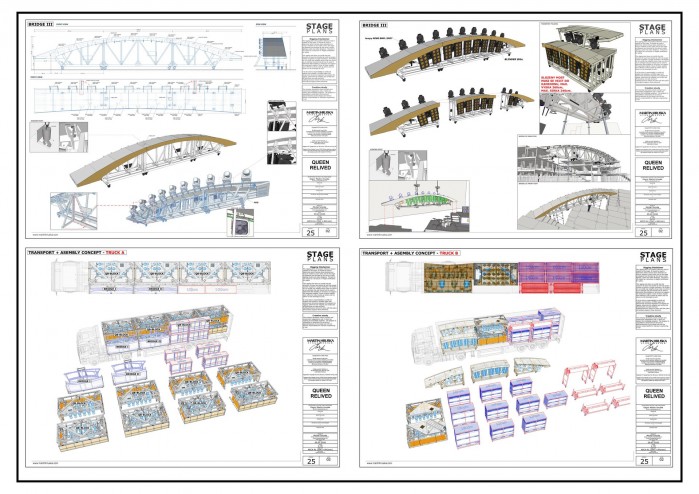 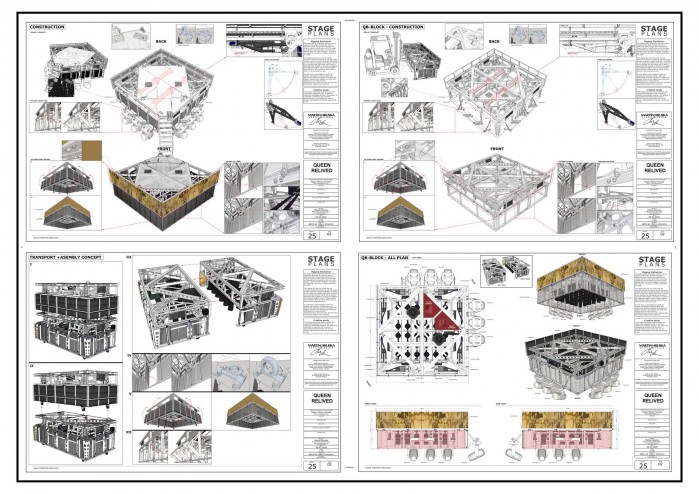 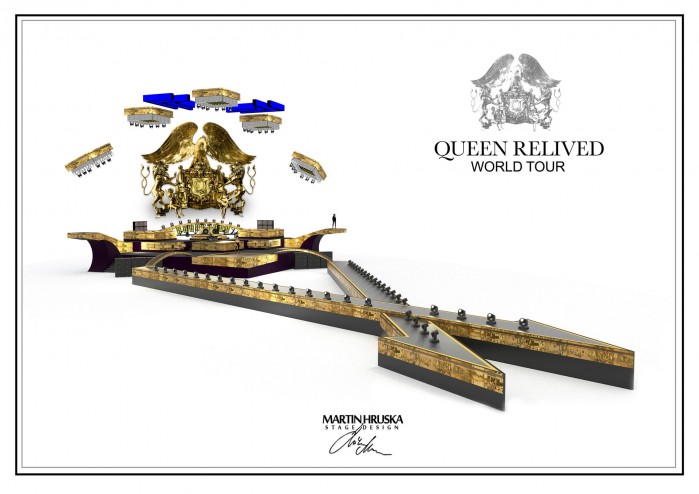