In September 2021, after having been postponed several times, three QUEEN RELIVED by Queenie concerts took place at O2 arena in Prague. Seeing excitement of the public, we are happy to announce one more date for this marvellous show: May 18, 2023. Almost exactly three years from the first planned performance date, you can finally stresslessly enjoy the unique atmosphere of this spectacular show and bathe in a most authentic experience of Queen's phenomenal music as presented by Michael Kluch and the band Queenie.

Those who attended the event in September 2021 as well as those who couldn't join on the rescheduled date can look forward to a grandiose show commemorating the glory of the band that redefined the history of rock music. „We refunded over 10 000 tickets, so we practically owe this to many fans,“ says the band's secretary Martin Zoubek. Popular hits of the British icon will be played by the Czech group Queenie, which has been dedicated to Queen's repertoire for 17 years and is considered one of the most authentic tribute bands in the world. The experience will be completed by a majestic light and multimedia show supported by top-notch technologies of the 21st century. „While preparing the show, we already knew it would be impressive by the Czech standards, but did not want to risk using too big words. After the premiere, it became clear to us that we had created one of the most prominent shows ever to take place at O2 arena. We can without doubt promise that the forthcoming one will be spectacular too“, adds the frontman Michael Kluch.

The show is touchingly introduced by Peter Freestone, Freddie Mercury's personal friend. The rest is an explosively lively experience. Stunning pyrotechnic effects, incredibly sharp image on the largest LCD screen ever used at O2 arena, an extensive golden-black stage of various shapes and height levels, from which two intersecting catwalks extend over curved bridges – all noticeably inspired by the show style of the greatest music stars. Exclusive lighting setup, together with four several-ton illuminated blocks which float, rotate and tilt above the stage, create an unforgettable play of lights and colours. The fifth illuminated block supports a piano with steps for the frontman, with whom it flies above the heads of the audience across half of the arena.

Sophisticated composition of the songs, together with their authentic rendition in the original tunes and arrangements, combined with the absolutely breathtaking performance by the band Queenie and the phenomenal voice of Michael Kluch, create the feeling as if you were watching a sequence of video clips of Freddie Mercury and the band Queen. Get carried away and experience the music of Queen at the height of their fame, as we remember them.

This is QUEEN RELIVED by Queenie.

Tickets available on the portals Ticketportal, and Ticketmaster. 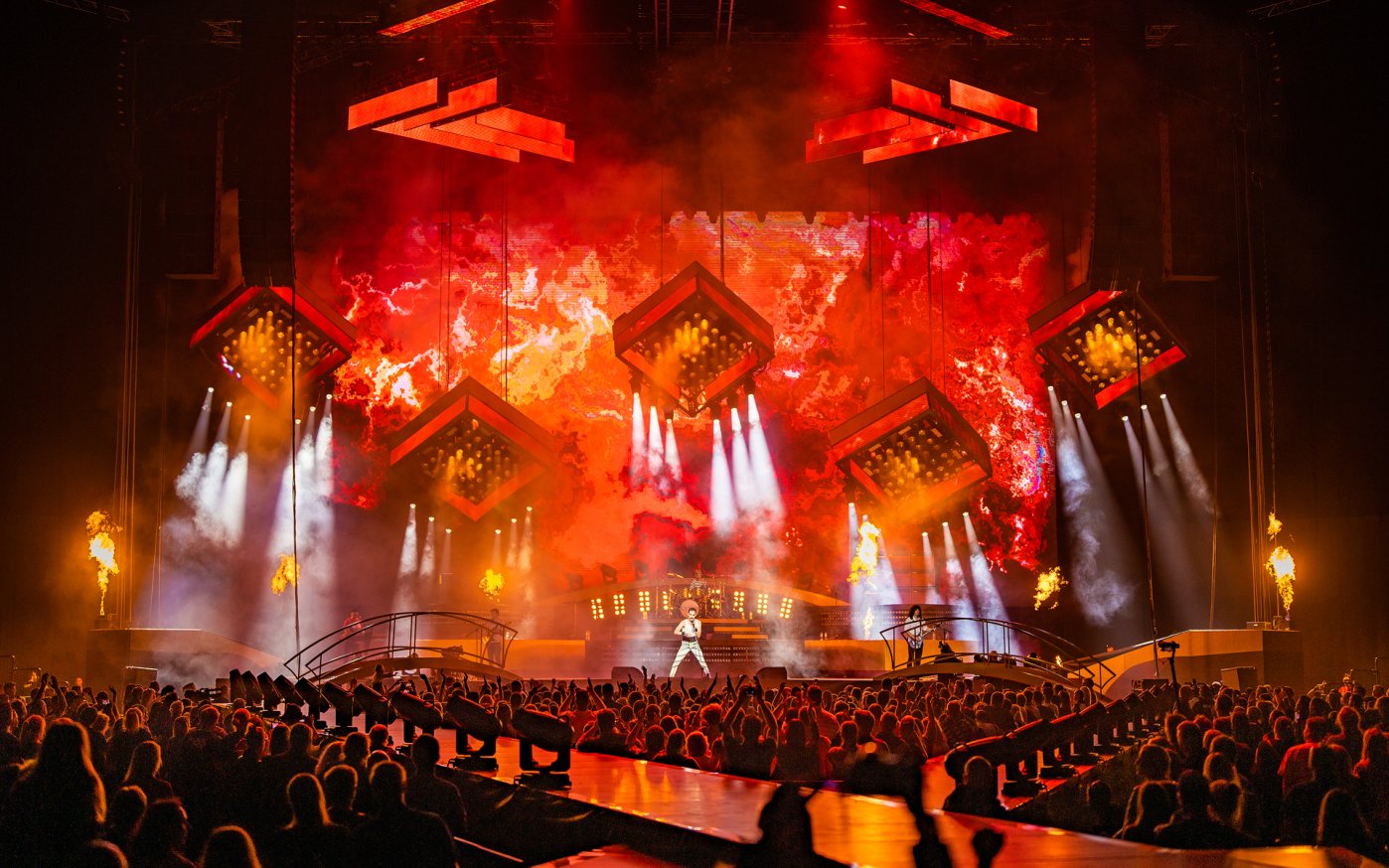