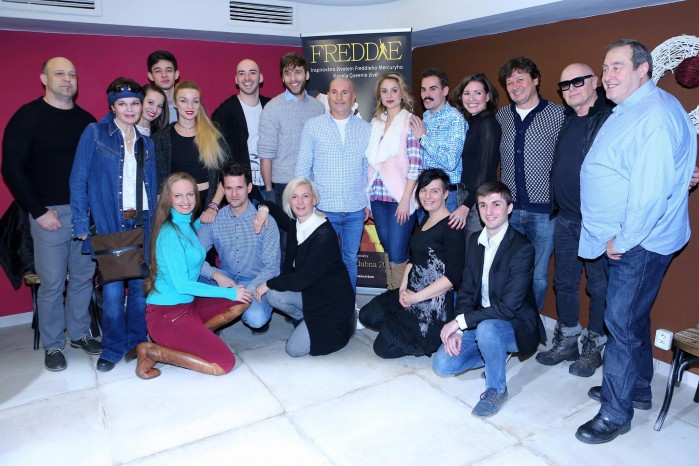 After long expectation, this popular music group returns back to the SONO center in Brno to follow up on the sold-out performance two years ago premiered. This year's concert will bear attributes the band's autumn Scandinavian tour. In addition, this time into Brno will Queenie bring the stage design and show in the style of Queen's club concerts, which they called „QUEEN RELIVED“.

Spectators can also look forward to a special guest, such as soprano Petra Alvarez, a soloist of the National Theater.

On December 31st, 2017 Queenie was performing on the Gala Night to celebrate the arrival of the New Year. For the event, which took place at the biggest European poker casino in Rozvadov, Queenie had taken up the invitation from Karel Vágner and welcomed New Year 2018 alongside the legendary British band Smokie, Czech stars Karel Gott, Michal David or Russian soloist Vadim „Master Kalinka“ Ananev. 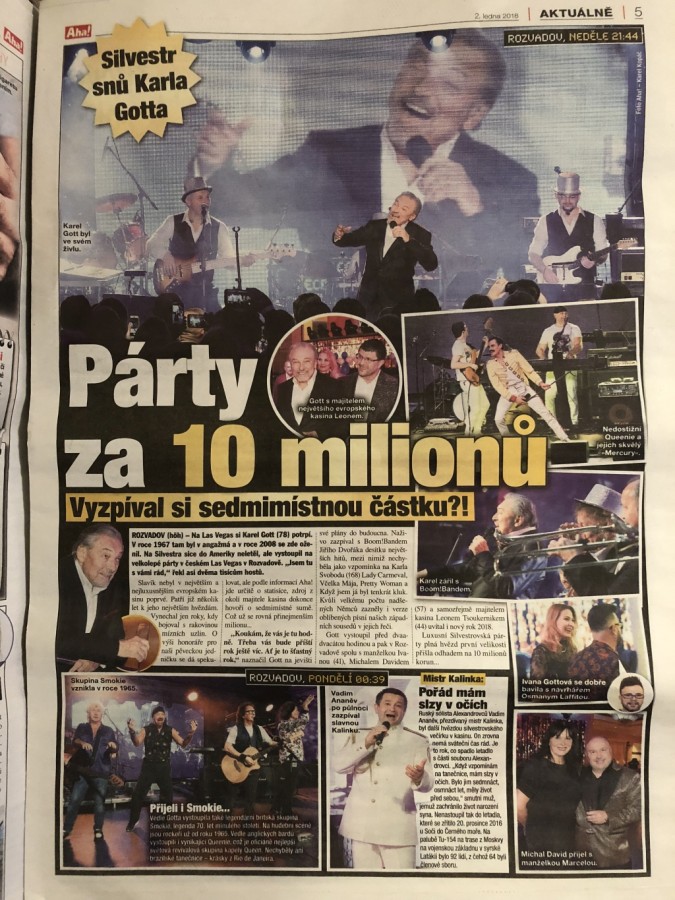 For the second time this year Queenie sold out this prestigious concert hall located in the heart of Barcelona. One hundred years old cultural monument of UNESCO was left by 1200 excited spectators with satisfaction on their facec and a promise of another concert.

Queenie awaits in the coming days several more shows in Spain and Portugal.

Great Friday at the Kalich Theater!

On the 24th November 2017, we were pleased with the sold-out performance at the Kalich Theater (Divadlo Kalich) in Prague! Thank you very much for your visit, which we very appreciate because it was exactly 26 years since Freddie Mercury left this world on his way to the musical skies and we could have celebrated together via this concert his life..

We are very happy because we introduced – for the first time – a new concept of the stage inspired by Queen's club concerts that has its own elevation and light wall from which we promise an even greater experience for you. But do not be mistaken – it's a great experience for us too!

We are looking forward to the concert on the 4th December 2017 in the same theater and the new stage will not be missed. For this performance in December we decided to change the dramaturgy and include some other songs, so those, who would like to visit us twice in Kalich, would like to come again. Our guest will be again the soloist of the National Theater – the great soprano Petra Alvarez. 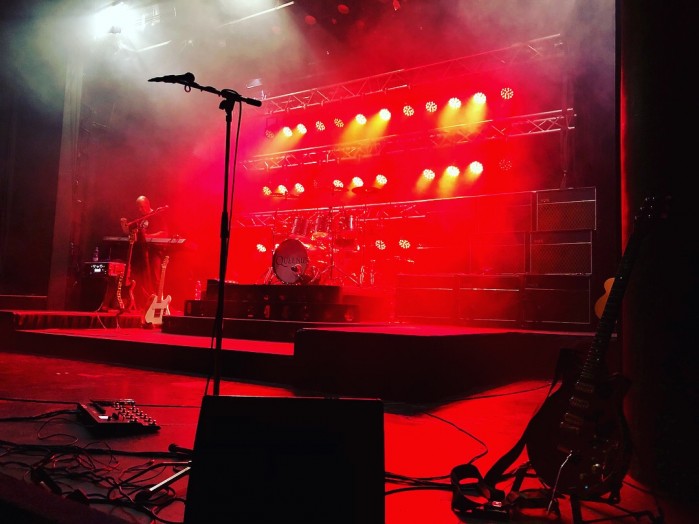 After a successful April visit to Spain, Queenie returns to the southwest of Europe at the end of the year, and together with one gig in Portugal they will perform another 8 concerts. 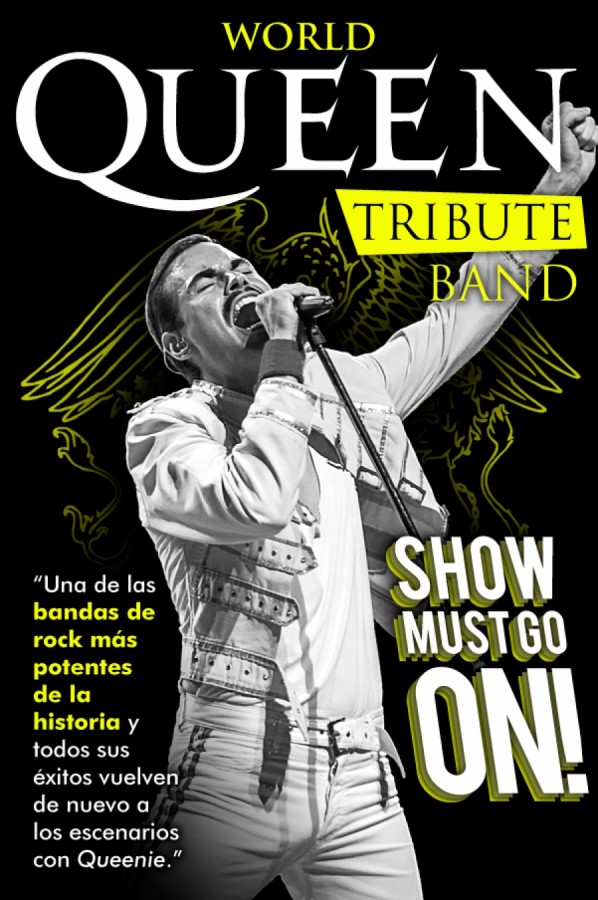 In the last month our site was under a major renovation. The new design and all the responsive features of Queenie.cz were acquired last year, and now has come time comes for its content.

Some language versions have been removed, and the site is now only in English and Czech. We can guarantee the flexibility of the translations on our „Blog“ and, moreover, everything is now 100% translated.

It will certainly be appreciated by fans outside the Czech Republic. Among the other things we like the updated „Queen Interpretation“ section and the flags in the „Concerts“ section :-) Do you like it too?

This October, 10 years have passed since Queenie’s first concert at Vagon, the cult club in Prague. The band performed there for the first time on October 7, 2007, and since then they have had shows at this venue with remarkable regularity, almost every month,. During this time, the band has become the most popular one at Vagon in terms of the numbers of visitors, with thousands of people having seen it during hundreds of hours of live music production. Thank you very much for your support, it keeps on motivating us to go on. This project is yours, too ;-)

We are attaching an illustrative collage – there was i.a. a cake from our wonderful fanclub and the Barcelona opera aria sung by the National Theater soprano Petra Alvarez with us. 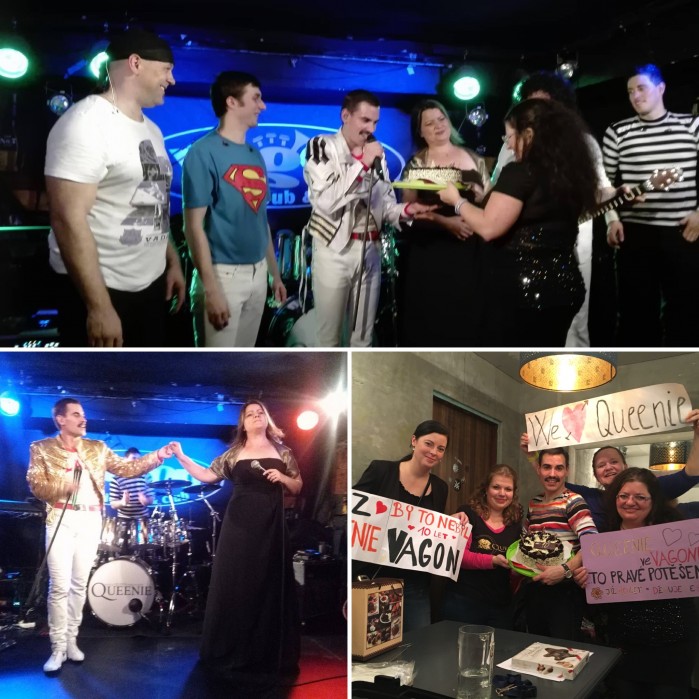 Queenie are adding another show at the Kalich Theater!

Considering the great interest in our sold out concert at the Kalich Theater in Prague dedicated to the celebration of Freddie Mercury's life, which will take place on November 24, 2017, we have decided to do a nice thing for all those who will not be able to attend this event. For those of you who did not manage to purchase their tickets in time or would like to see this show twice, we are adding another one on December 4, 2017!

On both shows, we will for make début appearances with our Queen-style stage structure; in addition, we are already preparing some bits of Christmas sentiment for our December show. The opera soprano diva Petra Alvarez, soloist of the National Theater, will join as our guest, too.

Queenie performed on this stage, which belongs among the most famous and recognized ones in Prague, for the first time on April 13, 2017, having arrived here with the program of their Forever spring European tour. The concert received great acclaim, and so the band with the frontman Michael Kluch, who also appeared at the Kalich Theater in the main roles in RENT and Touha musicals, is returning here again half a year later. 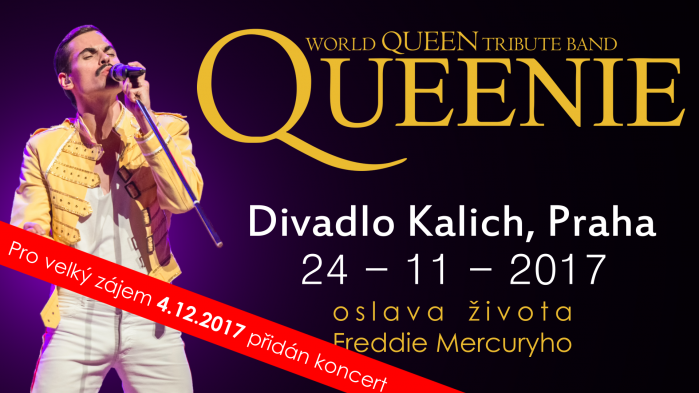