Freddie for a Day 2017 at Hard Rock Cafe Prague

On September 5th, 2017 Freddie Mercury would have celebrated his 71st birthday. And as already a tradition, on his birthday each year we hold the so-called Freddie for a Day event, where everyone can contribute. It's been six years since Queenie first organized this charity concert at Hard Rock Cafe Prague – even before Hard Rock Cafe Praha tento charitatvní koncert. Ještě před tím, než Hard Rock Cafe began to support this event worldwide. We are pleased that we can do something for the good cause again and that we will not be alone in this.

You can have your mustache, too! Come to celebrate with us! :-)

The admission fee is voluntary and will be donated to the Mercury Phoenix Trust organization. Facebook event here. 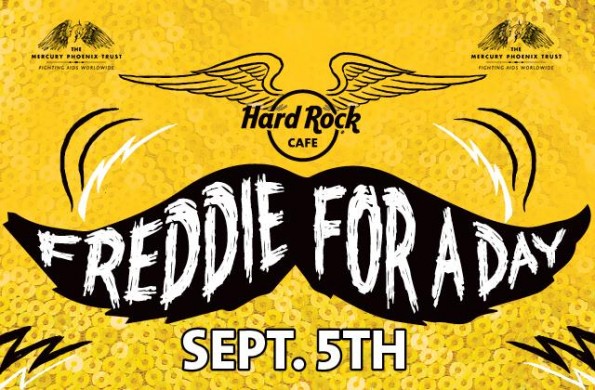 On June 21, 2017 Queenie performed at the official celebration of the birthday of Queen Elizabeth II. They accepted the invitation from the Embassy of the United Kingdom of Great Britain and Northern Ireland in Prague.

Dear audience, this year it will be 5 years since our first appearance at U Krále Václava IV. in the Kunratice Forest in Prague, where we have had concerts every July since. Because of this we have decided to invite to the stage of this Prague summer scene the Czechoslovak Chamber Orchestra Prague, the Maranatha Gospel Choir and the soprano of the National Theater, Mrs. Petra Alvarez,. The concert will take place on July 27, 2017 and it will be the first time we present ourselves this way in Prague. We will play a usual rock concert which will be followed by the orchestral part with the chorus. This is the concept of a concert that we presented to the Brno audience last December in the sold out SONO Center. We believe you this is something you can really look forward to – just like we do. 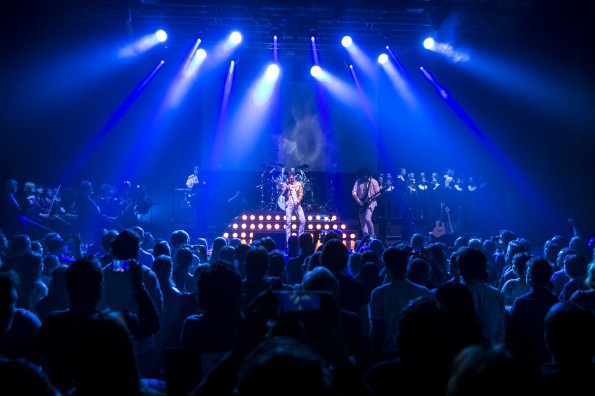 After a month, in May, Queenie ended their spring tour in the Swiss town of Montreux, which is closely associated with Queen and other artists who lived and recorded here. Queenie performed in Montreux at the Freddie For A Day Festival 2017, 9 years after having been the first Czech-Slovak performer to play as the headliner at one of the biggest Queen festivals, the Freddie Mercury Montreux Memorial Day 2008. During this year's spring tour, which counts 17 concerts, Queenie visited 7 European countries and for the first time also presented their mostly Scandinavian concert concept in the Czech Republic. The opening sold out concert which took place at J.K. Tyl Theater in Pilsen was not officially part of this sequence of concerts, but Queenie tried out their new playlist on it. The actual tour included the also sold out show at the Kalich Theater in Prague, where, together with Queenie, the soprano of the National Theater Petra Alvarez performed. Besides Switzerland and the Czech Republic, the tour included Norway, Sweden, Finland, Denmark and Spain. 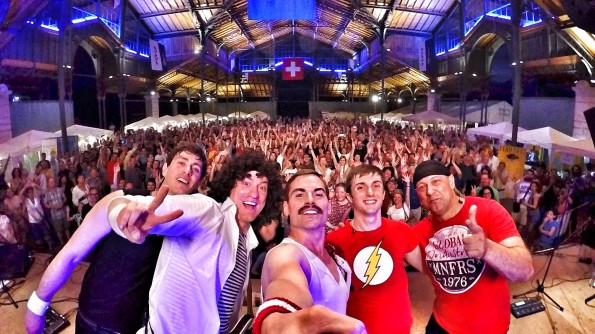 Dear friends, on June 15 (Thursday at 19:00) we will perform at the Home Credit Arena in Liberec participating in the opening of the World Table Hockey Championship, which will take place from the 16th to the 18th of June 2017 and will feature the world's top players of this sporting game from 24 countries. During the concert intermission a demonstration of table hockey with the participation of the best international and Czech Stiga hockey players will take place. Throughout the championship you as spectators will have the opportunity to get in close proximity to the playing tables, which is rarely possible in other sports at this level. We look forward to seeing you.

Queenie have a new Roger! The circle is closing.

Ladies and gentlemen, we would like to inform you of a change behind the drums, namely that the band has a new member, Petr „Bali“ Balas. Welcome aboard! :-)

Last year we went through two involuntary member changes, when due to health reasons we were forced to find a new keyboardist literally from one day to another and after a thorough selection process we also got a new drummer. While (believe it or not :-) ) Michal David established himself on the keyboards and the band noticed a great contribution of his participation immediately, in the case of the drums things were not that easy. After almost 10 months we ended cooperation with Gleb Chuykov. We hereby thank Gleb and wish him lots of success.

With Bali, we have already done the final Norwegian part of our spring Scandinavian tour and the way he has caught up with the rolling train is great! The following brief profile also proves the fact that he is no slouch:

„Petr Baláš has been active on the music stage for already more than 12 years. He is a graduate of the Jaroslav Ježek Conservatory, and the drummer Václav Zima has been his long time lecturer and principal mentor, with whom he has taken private lessons. Petr is the company player of the #1 world brand of cymbals Zildjian, as well as the founder of LOLA band, with which he played for 6 years and won i.a. the Mercedes Benz Live Space Show and the Real League contest. He has participated in other projects too, such as the Tábor Superstar Band, Slovak Popcorn Drama band and others. He has also recorded a number of albums. In addition to those of the bands he played with, he also made recordings for the Sobi20, Lukrecia and Country Steel bands. Petr is also involved in pedagogical activities. He is currently preparing a video class in collaboration with Kytary.cz and his new drumming textbook will be released in the summer of 2017. He teaches at the Sezimovo Ústí Art and Music School and Želivský Art and Music School in Prague.“ 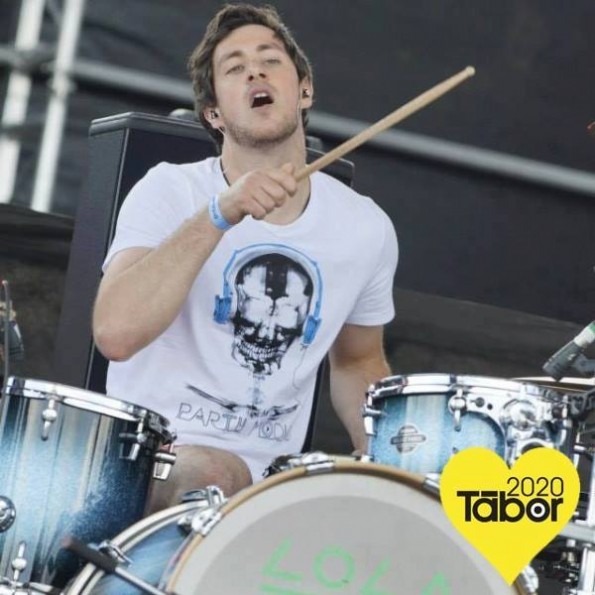 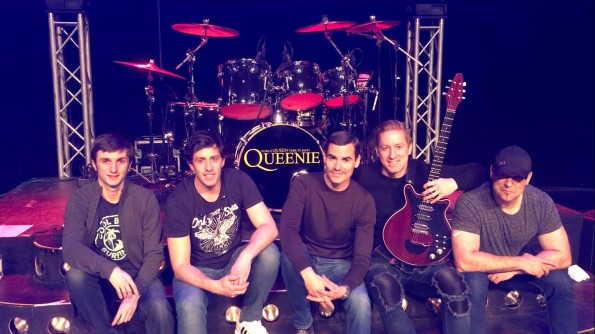 April and Queenie in Prague are marked by ones and threes! On April 1, we will perform on our customary stage at the Vagon Club. On April 3, we will celebrate the 8th birthday of Hard Rock Cafe in Prague. And if you put one and three next to each other, you will get the number 13 – on April 13 we are having for a big performance at the Kalich Theater! This latter show will be the only Czech stop within our spring European tour, during which we will stop by Denmark, Sweden, Spain, Finland, Norway and therefore the Czech Republic! We are all looking forward to seeing you all. We set up the individual concerts in such a way that you can get something unique at each and our playlist is as varied as possible. So, would you like a Queenie combo? We Will Rock You! ;-)

Yesterday you could see Queenie in the new TV NOVA – Chart Show TV program. The band played The Show Must Go On song there. 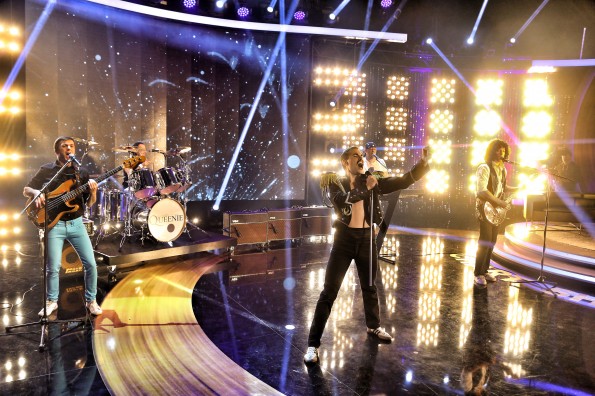 Scandinavia at the Kalich Theater in Prague

Dear friends, as you could have already noticed, another concert that we are preparing is approaching. After a sold out performance in SONU in Brno and another sold-out show at the Josef Kajetán Tyl Theater in Pilsen, which is still to happen on February 25, 2017, we will have a concert at the Kalich Theater in Prague!

The concert is scheduled for April 13, 2017 from 19:00 and will be part of our Scandinavian tour. So we are going to make a stop in Prague for this very unique concert, for which we will bring the dramaturgy of the whole tour to Kalich. Size-wise it will be the biggest concert we have ever had in Prague and it will make full use of the potential of the theater environment and equipment of the Kalich Theater. Soprano Petra Alvarez, soloist of the National Theater, will make appearance as a guest of the concert.

We conceive our shows as a concert theater – and this performance will be twice that! Do not miss it. 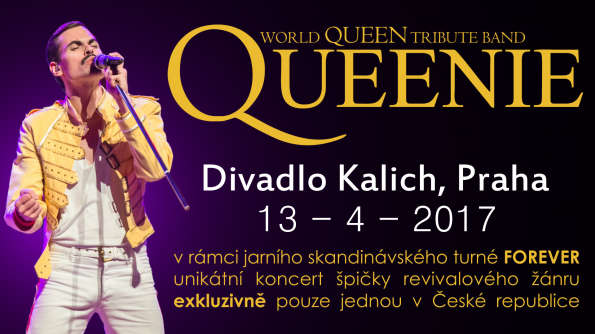 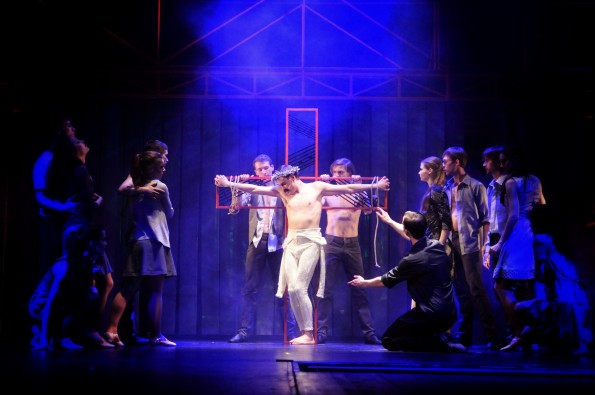